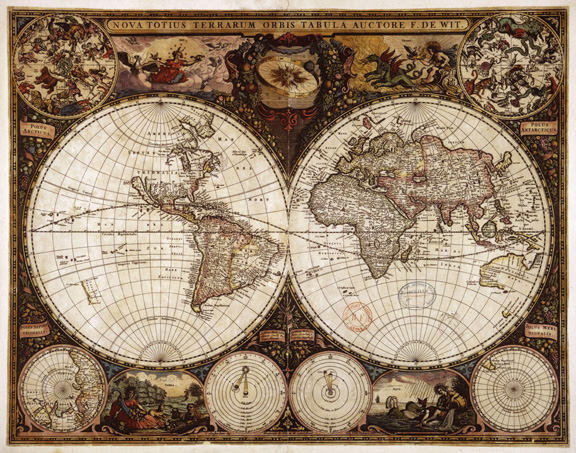 I loathe writing useless words. I do a lot of prewriting, but only to avoid writing useless words later. Because I want as many words as possible to count toward my daily word goal, I don’t really like filling out long character interview worksheets or complicated worldbuilding schemata. Some people like to draw maps that won’t appear in the book because it helps them envision the world. I think that’s great. But I really only want to know about the early geological formations if somebody is going to get hit in the head with a rock at some point.

I’ve tried to streamline my worldbuilding process to focus only on what I need to get a solid grip on the story. I consider myself a hard-core plotter, but in reality (or should I say “in my reality”? or should I say “in my made-up so-called reality”?) I let a lot of the smaller details about my worlds pop up as needed. That should make my pantser friends mock me gleefully 🙂

Still, to get started here are the basic questions I usually want to know about my world:

1. What in this world is already familiar to readers?

This gives me a shorthand that I share with the reader without explaining everything. It’s also good info for my pitch. It also lets me know if I’m writing something that might actually appeal to — ya know — readers.

2. How does this world differ? What is unique to my vision?

I often like worlds where somebody is the fish out of water. That’s a convenient way to reveal the new world to the reader and the character at the same time. Plus, it’s fun.

4. How does my made-up world reflect, distort, explain, and/or enlighten the real world my reader lives in?

This is about theme.

5. Which details about the world are coolest? How can I play those up?

6. Which details about the world will directly affect the plot and/or characters? How do I deepen those?

I’d argue that the nature of the story world should be indissolubly intertwined with the plot and characters. All steampunk gears should turn! Which is a little hypocritical of me because I love wallpaper historicals.

7. Which details about the world don’t really matter?

Delete! Okay, that’s harsh. Is there a good reason to weave those irrelevant details in? No? Delete!

8. Have I used all my senses to bring the world to life?

We move through our world with our senses engaged: sight, sound, touch, smell, taste, intuition, subconscious physical reactions, etc. We can bring a new world to life using those senses. I usually save this for a later draft since in the first draft I tend to focus on the bare-bones plot and only later realize my characters have been running around nekkid for 300 pages.